There are many types of the lightest Android emulators that are suitable for use on computers that have small specifications. 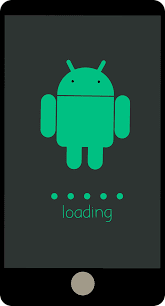 The proliferation of various types of games on the Android platform, often tempts some people to play them on a computer. Interestingly, all of these emulators can be downloaded for free on the internet.

One of them is like bluestacks which is the most popular emulator to use.

For that we need a tool called emulator to run it.

What's interesting, these games can be played perfectly even with a computer that has 2 GB of RAM.

One of the emulators made in China is a favorite and is widely installed on computers to play various Android games. MEmu App Player is also widely recognized as one of the most responsive and fast Android emulators to run. Apart from computers, this application can even be used on tablet devices.

Even the menu provided by MEmu is quite complete. Such as file explorer features and PlayStore applications as well as RAM management, can be obtained in this emulator. Its ability to support computers with low specifications makes this application an emulator that is worth trying.

Bluestacks has also provided a dedicated side toolbar to manage screenshots, copy & paste, Install APKs manually, and manage sounds. With the number of downloads that have reached 100 million people, Bluestack is the best Android emulator that is widely used.

If you like playing games with split screen or dual screen, Remix OS Player can be your first choice. In addition, its smooth performance when running on a computer or PC, makes this application one of the Android emulators that are suitable for playing games that have mid-level graphics.

Apart from multitasking features, Remix OS Player also has a user-friendly interface. Although the Android system, the display presented is similar to Windows, especially in the position of the start button and the lower right side for the clock and battery icons. These advanced features do not reduce the value of Nox Player as the most suitable Android emulator for users.

There's nothing wrong with Nox Player being named one of the kings of Android emulators. The reason is, HD games with high graphics like Need For Speed, can be played stably at 60 fps in this application. Although designed to run games, Nox Player can also be used to open applications simultaneously.

The performance of Nox Player itself, is said to be almost on par with Remix Player. Based on Trial, loading time is very fast and responsive. The force close rate is also very small in this emulator. With an internal storage capacity of 32 GB, Nox Player is an Android emulator with charming graphics performance.

Providing an interface that is very similar to Android, this emulator called Andyroid is a versatile app compared to other similar platforms. As well as being available on popular OSs like Mac and Windows, Andyroid also includes an Android emulator that you can use to Remotely or control other consoles.

Uniquely, this emulator can also be used to run chat applications such as Whatsapp and Snapchat even while playing games. In addition, the Android phone that we use to play games, can be used as a remote control with the display displayed on the computer screen.

Before choosing an emulator to use, it's good to see the advantages and disadvantages before installing it on our computers. Although this application is classified as the lightest Android emulator, the added value and compatibility of computer specifications offered by the emulator can be a major consideration before deciding to run it.