Currently Mobile Online games are in the middle of an era ranging from Mobile Legends, PUBG Mobile, Free fire, Among Us, League of Legends and other Android online games. 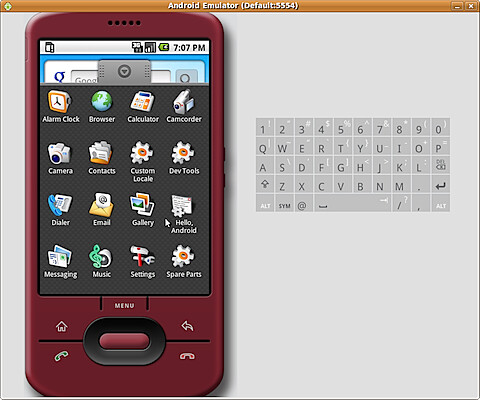 But if you currently want to do a live stream like on youtube or want more realistic graphics, then it's a good idea to play it on a PC.

Can we play the game above on a computer device? Of course you can by using the help of an Android Emulator on a PC.

watch you watch live stream of some youtuber games? How can they play games that are supposed to be for Android devices but can be played on Laptops. Of course they use emulators.

What is an Android Emulator?

An Android emulator is a program that replicates the Android operating system for use on a laptop or computer (Android on a computer).

Best Android Emulator on Light PC with under 1GB RAM

The following emulators were released by Xiangzi company in 2016.

With a futuristic design and features of several foreign languages, this virtualization technology can be used by anyone and anywhere.

With this feature the gaming experience will be further enhanced. You don't need to be afraid that the keyboard can't type because you can also use a virtual keyboard. So with easy control will make users much more comfortable.

Popular games 2019 until the end of 2020 Mobile legends, Free fire, Pubg mobile, AOV, Clash Of Clan and Ammoung Us you can play like on a PC very easily without lag.

How to install LDplayer on PC

Droid 4X is one of the emulators with the most complete features. You can play Offline games under 512MB and above very lightly.

One of the attractions why it is widely used by users almost all over the world is its large storage. Several games such as Subway surfer and several other applications can be run simultaneously.

Usually we do the control settings for the PlayStation Analog manually and it takes a long time. But in Droid 4X the controls for matching settings in the Emulator with the PlayStation Stick are very fast and you can even save configurations to reopen in other games.

The operating system is the same as the latest android version 4.2.2 Up

This operating system is widely used on smartphones today so Droid 4x survives even though many other android emulators have sprung up.

How to install Droid 4x on a laptop

Just like most other programs, it is official so Anti-virus cannot detect it as a virus.

Bluestacks used to be widely used and of course as one of its predecessor emulators. There are many pros and cons if the storage is so heavy that it makes laptop performance heavy. But all of that is refuted because Bluestack is now widely used by high-end Youtubers to be associated with Android to PC.

Mumu play supports you to play games from China with Beta Version. This means that if there is one game that is still being tested, such as the Free fire Max beta server, it can be played smoothly on Mumu.

Some games like Livik Pubg that are not yet on Global Server can be easily played without a hitch on PC.

Maybe we know the Gameloop brand on PlayStation 2. But now, Gameloop is the official emulator initiated by Tencent games.

If you are a fan of the PUBG mobile game and want to play it on a computer device, Gameloop is an emulator that is sufficient to support heavy PUBG games.

CPU usage is reduced by 40% so that during installation, the computer components inside do not heat up quickly

All game categories are available, from old games to newest ones

For those of you who currently have a potato HO and a computer with low specifications, it's a good idea to install a memu player.

You can design your own game that you want to play to keep it stable from network side to resources.