The best Chromebooks for Android games are a selection of apps available on the playstore. 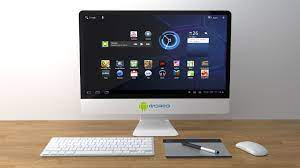 Of course, it will be more stable if it can be enjoyed through a laptop with built-in support.

Increasingly, the Android ecosystem is increasingly dominating the mobile realm. Of the total, Android has more than 2.7 million apps to download from the Google Play Store

Chromebooks, laptops with the Chrome OS operating system have support for running Android apps by default. So, you can get the convenience of a laptop with all the functions of an Android application.

Here are the 5 best Chromebooks for Android gaming

Acer Chromebook R13 comes with a solid physical design coated with aluminum as the outer frame. In addition to making this laptop sturdy, aluminum also adds to its strength aspect. Having a 13.3-inch screen with touchscreen support, the Acer Chromebook R13 offers stable laptop operation if you want to enjoy Android apps.

This laptop comes in 3 variants: 16GB, 32GB, and 64GB which can be expanded via the SD card slot. The screen that can be rotated 180 degrees makes the Acer Chromebook R13 the right 2-in-1 laptop to satisfy your work and entertainment activities.

2. ASUS Chromebook Flip C302 – With a powerful battery that lasts up to 10 hours

Embedded with up to 8GB RAM capacity, you can enjoy millions of functions of Android apps from Google Play Store smoothly without crashing. The 12.5-inch wide screen with touch screen support will make you more comfortable running applications.

Read also : LED backlight For TV That Changes With Picture

This laptop is equipped with a 5,140mAh battery with support for charging via USB-C, making it faster than a regular plug. With 4GB RAM and Intel Core processor support, running Android apps won't be a problem.

HP Chromebook 13 G1 is the next alternative for those of you who want to taste Android applications with a Chrome OS powered laptop interface. This laptop has a 6th generation Intel m3 processor combined with 4GB of RAM to prevent processing interruptions at critical times.

For those of you Google Pixel smartphone users, the Google Pixelbook 2017 laptop is the most suitable. With the Chrome OS operating system, guaranteeing the best connectivity with your flagship smartphone.

The 2017 Pixelbook offers elite performance thanks to the Intel Core i5 and i7 processors, your choice. Support 4K output, enjoy all visual content with extra detail. With a thinness of only 10 mm, this laptop packs a camera with the ability to record 720p 60fps. Big!