PC to Android emulator is a software program that emulates the android operating system for smartphones. 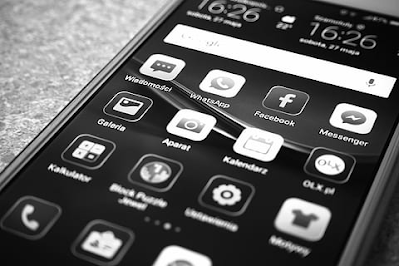 These emulators are mostly required to run android apps and games on PC. This software when installed on your desktop allows you to try out applications developed for the android operating system.

In this way, you develop software and then you can test it with android emulator on your computer. This can help you address any bugs that the software may have before you offer the app for sale in the android market. However, choosing an android emulator which really might be a hectic task as if not chosen properly; it can really slow down your Computer.

The reasons for emulation differ, very much depending on the user; often engineers or developers can use it as a testing platform, or ordinary users can offer such a service. In this article, we will focus on the best software solutions for android emulation on your pc. All the emulators discussed below run android apps and games on your windows computer, offer high performance and are easy to install.

Here are 7 recommendations for PC emulators to Android

Andy's Android emulator is new in the market and unlike other programs that only launch android apps, this emulator usually gives you a fully functional android on windows or Mac system which can be synced with your existing android device. Using this emulator, you can visit play store, run android, install and run apps, and much more and It supports direct program download as a pre-roll market.Supports ARM processes i.e. running emulator on network

Blue Stack is probably the most popular android emulation option in the world. It is mainly used to launch Android games and apps on your computer.

Blue Stacks also supports users to run apk files from pc. It's very easy to install and use as it doesn't require any extra OS set and playing around with Dev, in few clicks you can install it on your computer. Once you run it, you will be able to access all android apps immediately.

Genymotion is one of the fastest android emulators and includes a customized Android image (hardware accelerated OpenGL x86) which is perfect for testing apps. This project is developed from the old AndroidVM and compared to that, Genymotion has a new player design, installer and many other features. Genymotion is a cross platform program but requires VirtualBox. It emulates WI-FI connection, front and rear camera, screencast function and remote control in commercial version.

Also known as WindowsAndroid. It is the only program capable of running Android 4.0 under windows without any additional hardware or software.

This program allows you to work with android applications, can request from non-native applications on your computer hardware and also run Dalvic virtual machines. WindRoid is very fast to operate, has many positive aspects and is completely free.

YouWave is an app for windows that lets you download and run Android apps without the hassle of downloading the Android SDK and Sun SDK.

Once installed, the program can run Android apps from your local drive or upload from Android apps free resources over the internet and Support Android 2.3 Gingerbread

Android SDK is not just a program, On this platform, you can program and debug. It is specially made for people who develop apps for the Android mobile platform.

This SDK provides you an integrated environment for development as it is built on top of the Android developer tools needed to build, test and debug apps for Android on your windows platform.

Android SDK is the only software supported and developed by Google and is a leading program and is a complete shell program where you can build and test your own applications and it is also overloaded and slow in working, It has a lot of unnecessary features for average user.

Droid4X is a new and probably the most interesting emulator and it is designed for real power in the hands of users and its great features. It has some important features as it is rooted, with play store installed.

The advantage is that it is quite fast, does not lag and allows you to configure your keyboard as a controller for the emulator.

That's the discussion about pc to android emulator, hopefully it can help