Important functions of installing a car with a video camera

Cars with video cameras - Installing a dashcam car camera isn't just a fad! Its main purpose is as a supervisor in driving safety and security. 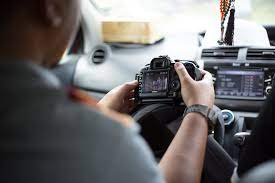 As the name suggests, dahscam, this camera is located in the center of the cabin. Yes, precisely around the dashboard area. So, what are the important points of having a camera that functions like a home CCTV?

Please note beforehand, dashcam and parking camera are two different features. Although both are located and installed in the car, they have different tasks.

How the Dashcam Car Camera Works

Abroad, surveillance cameras like this are usually installed. While in Indonesia, there are manufacturers who make dashcams a default feature. On the other hand, "old school" cars can also be fitted with this camera.

Unlike the home CCTV which can record for 24 hours, the dashcam will only work when the driver starts the car. The whole video recording process starts automatically when the machine is started. In addition, there is also a dashcam that needs to be turned on manually.

Even if it's turned off, you don't need to worry because the dashcam will instantly record the event if there's a strange vibration. This is thanks to the G-sensor feature.

The viewing angle is recorded by a special dashcam for the interior of the car cabin. On the other hand, there is also a dashcam that functions to record activities on the outside of the car (facing both front and rear).

Most brands of dashcams are equipped with internal and external memory. This means that the recorded video can be transferred to a laptop or other storage area. The reason is, if the memory is full, the old video will be immediately overwritten and the new one will be deleted.

The Importance of Installing a Car Camera for Your Vehicle

The importance of the dashcam function makes it one of the most important features a car should have. There are quite a number of reasons why you should install it right away.

Following are the important functions of installing a car with video camera:

1. Can be strong evidence when an accident occurs

God forbid, yes, if we have an accident or get hit by someone. If things happen that are not desirable, this car camera recording is useful as evidence.

For example, when a collision case is brought to court. You and the authorities can clearly see the chronology of the seconds of the accident. Mentioned, this camera will save footage 4 hours back before the occurrence of an event.

2. Can facilitate insurance policy claims in the event of an accident

You simply provide a recording of the incident at your insurance place, then they will investigate the cause of the accident. They also have no reason to be absent from coverage due to an accident.

3. Functions as a surveillance camera

It was mentioned earlier that there are also car cameras that record the interior of the vehicle. You who are often escorted everywhere by the driver can monitor their activities when not with you. If there's been an incident of theft or robbery, the footage can come in handy too!

The good thing about having a car camera is that you can also get a global positioning system or GPS device. So there is no need to buy a separate GPS, if you intend to install a dashcam.

Not only can guide you when you are going to travel, the presence of GPS on the dashcam also functions to record the acceleration and speed of the vehicle. Not only that, GPS can also be linked to a smartphone so you can track it when it's borrowed or stolen.

5. Doesn't spend a lot of energy

Behind its excellent function, dashcam does not require a lot of power. The camera is equipped with an internal battery. On the other hand, you can also charge the battery by plugging the cable into the lighter hole on the vehicle.

Yes, there are also several brands of car cameras that can function as ADAS aka advance driver assist system. Like an alarm, this feature will make a sound when something dangerous happens. For example, when a car overtakes carelessly.